An Algorithm for EMS Response 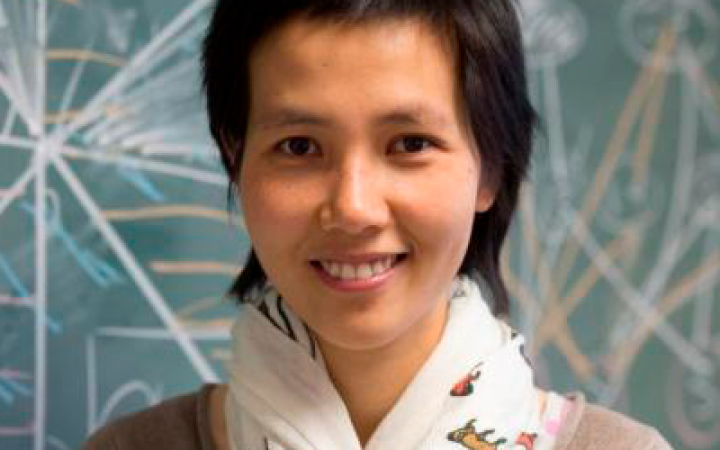 David Kulpanowski has an important job. As an IT business systems analyst with Austin-Travis County EMS, he’s responsible for tracking ambulance response times in the City of Austin and then conducting simulation models to see how they can be improved.

Getting ambulances where they need to be and fast enough is a life-or-death matter.

Right now, Austin-Travis County EMS ambulances respond to calls within the required timeframe 93% of the time, which is well above the compliance rate of 90%.

But Kulpanowski says they can always do better.

“We are doing well now, but the population is growing,” he says. “If the city continues on its current growth track, there will be an increase in call volume, and Austin-Travis County EMS needs to prepare for that.”

Austin-Travis County EMS has 46 ambulances to serve a 1000-square-mile region with more than a million people. And with as many as 3,000 calls a week, it takes a great deal of computation to figure out where to stage them and how to staff them in a way that serves the greatest number of people as efficiently as possible.

“I don’t have the mathematical capability to do that on my own,” says Kulpanowski. “It takes teams of educated people to write the mathematical algorithms for the deployment of a complex system like this one. It is the kind of thing that analytics and baseline statistics will help you with. And I’m just one person.”

So when Kulpanowski got an email last year from The University of Texas at Austin asking if its researchers could work with EMS on an optimization model to improve response times in the city, he jumped at the opportunity.

Led by IFML member Ngoc Tran, the research team is part of the UT Good Systems grand challenge, which aims to design AI technologies that benefit society — including by building smarter cities that rely on data and information to provide better public services. The project with Austin-Travis County EMS aligns perfectly with its mission.

“We have access to really rich data sets, which offer cities so much opportunity to optimize,” says Tran. “Austin-Travis County EMS is doing a great job, but we want to help them do better.”

“It’s easy to write a formula for an equation where the number of incidents stays the same and ambulances are always stationed in the same place. But the problem is that these variables keep changing on a weekly and even daily basis, and we have to have a program that responds to these changes.”

The team started its work in 2020 by pulling from among these very rich data sets. They collected ambulance call locations and call times, how long it took them to get those locations, and how urgent the call was rated by the first responder. They also looked at what types of calls came in, whether they were injuries, heart attacks, other incidents, and where ambulances were staged at various times. They wrote a program using complex mathematics with two years’ worth of data that will help EMS minimize risk — and risk, in this case, means an ambulance not making it to a call fast enough.

“The algorithm will determine the best strategy for staging the ambulances by crunching a lot of numbers,” explains Tran. “Essentially, the computer goes in and tries the different allocations and says, ‘This is the best one.’”

Because the situation on the ground is always changing — perhaps one day EMS gets a cluster of calls from the east side rather than downtown, or an ambulance takes a long time on one call before it has time to get to another — it requires a math equation that can account for variability.

“It’s easy to write a formula for an equation where the number of incidents stays the same and ambulances are always stationed in the same place,” say Tran. “But the problem is that these variables keep changing on a weekly and even daily basis, and we have to have a program that responds to these changes. A model like the one we have created considers all the possible scenarios that could happen and then determines the best solution.”

The team tested the model by validating it against actual calls for help from the last year. If EMS could rewind the clock and use the model, would the dispatch process have been improved? Would ambulances have made it to their locations faster?

The team found that the model’s recommended ambulance stationing would have resulted in an 88-second faster response time on average than Austin’s current EMS stationing.

“This is the most important metric for EMS responders because they can provide important premedical care,” says Joshua Ong, and electrical and computer engineering graduate student working on the project. “For example, medics can bring oxygen units or medication or restart someone’s heart with that added time.”

Knowing the model performed successfully against past calls, the team felt ready to use it to forecast future events. By using historical data, the program they created can predict EMS’s needs on a weekly, monthly, or yearly basis. This can help with deciding everything from where to stage ambulances in the immediate future to where to build a new station that will best serve people in the long term.

“If we need to identify underserved areas, we can use the model to determine the optimal location for an ambulance station that would serve the greatest number of calls, which, in and of itself, is quite a remarkable achievement,” says Kulpanowski. “This information gives us the ability to operate based on facts, evidence, and data, rather than feelings.”

“I had an extremely positive experience working with Good Systems, and I would recommend that every department in the City of Austin come up with a proposal UT experts can look at.”

According to the team’s findings, the optimal location to add ambulances in Austin would be in East Austin around 12th Street and Webberville Road and in the Dawson neighborhood near Ben White Boulevard and South First Street, so they could service both the downtown area — which sees the most calls — and the surrounding suburbs.

The team is currently working to simplify the code in its software and then plans to give the algorithm to Austin-Travis County EMS to implement, which would be a huge cost savings to the department because commercial software of this kind comes with a high price tag. The team also made the software open source, meaning it can be used by other researchers or agencies in other cities to test.

Kulpanowski says he would like to continue working with UT to improve city systems.

“I think urban planning, transportation, public health — everybody could use this kind of operational mathematical intelligence to better serve our citizens,” he says. “I had an extremely positive experience working with Good Systems, and I would recommend that every department in the City of Austin come up with a proposal UT experts can look at. Once you open your mind and learn what researchers can do with mathematics and modeling, you can see it really is possible to develop a world class city here in Austin. There are a lot of problems we can solve. We just need to work together.

Story by Mary Huber for Good Systems on Medium.